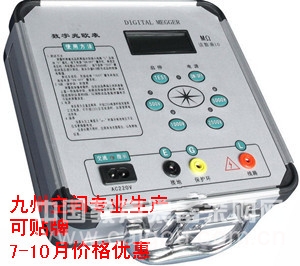 The accident at the Fukushima nuclear power plant in Japan has triggered global concerns about nuclear energy safety and even an initiative to abandon nuclear weapons. On December 15th, the China-Japan-Korea well-known media environmental protection theme group hosted by the Global Times interviewed Zhang Huazhu, chairman of the China Nuclear Energy Industry Association. It is the association and related organizations that jointly submit reports to provide scientific support for the Chinese government to resume nuclear power construction as soon as possible. Zhang Huazhu said that China's nuclear power project is safe and controllable. According to China's nuclear power plan, in 2020, it will reach 58 million kilowatts of nuclear power installed capacity and more than 30 million kilowatts of installed nuclear power capacity under construction.

When it comes to nuclear power plants, many people first think of radiation problems. Zhang Huazhu told reporters that the impact on the surrounding environment during the normal operation of the nuclear power plant is minimal. Because the earth environment on which people live depends on itself as a natural radiation field, daily life is receiving all kinds of radiation all the time, including natural background and artificial radiation, such as cosmic rays, air, soil, and certain foods. The average amount of radiation per person per year in China is 3.1 millisieverts, and the normal impact of the normal operation of nuclear power plants on the surrounding public is less than one-thousandth of the natural background, so the impact is very small.

On the day of the interview, it was just the 23rd anniversary of the grid-connected power generation of Qinshan Nuclear Power Station, the first nuclear power plant in mainland China. Zhang Huazhu said that China's nuclear energy development has been divided into three major stages for 30 years. The first phase was the decade that began in 1985. The sign is the completion of two nuclear power plants and three nuclear power plants in Qinshan and Daya Bay. In the second phase, small batch production began in 1996. A total of 4 projects and 8 units were built. In 2007, all construction was completed. The third stage is from December 2005 to the present, this is the period of rapid development of China's nuclear power. During this period, a total of 37 units were newly built, 10 of which have been completed and put into operation, and 27 are under construction.

South Koreaâ€™s â€œNational Dailyâ€ reporter asked, with the lessons of the Fukushima nuclear accident, how can China enhance nuclear power safety measures? Zhang Huazhu replied affirmatively: â€œChinaâ€™s nuclear power safety is guaranteed.â€ He introduced the nuclear accident at Fukushima. On the fifth day, the executive meeting of the State Council of China decided to conduct a comprehensive safety inspection of all nuclear power plants and nuclear facilities in China. After 9 months of nuclear safety inspection, the National Nuclear Safety Administration, the National Energy Administration, and the China Earthquake Administration jointly submitted a safety inspection report. The conclusion is that the safety of nuclear power plants in China is guaranteed, and the quality of nuclear power projects under construction is controllable. . According to the experience feedback of the Fukushima nuclear accident, the National Nuclear Safety Administration has proposed corresponding improvement measures in terms of adding emergency power sources, emergency water sources, and enhancing flood resistance. Currently, these measures have been implemented in the operation and construction of nuclear power plants.

Why China must develop nuclear power

Zhang Huazhu said that China's nuclear power will continue to develop, because energy demand is still growing, and the requirements for responding to global climate change and controlling air pollution are also urgent. Therefore, China must take the road of green and low-carbon development, and nuclear energy is one of the important choices for implementing this strategy.

Zhang Huazhu said that China's energy structure is too dependent on coal. At present, coal accounts for as much as 75% of the total energy consumption. This energy structure poses two major problems. First, the pressure on greenhouse gas emission reduction is increasing, and second, air pollution is becoming increasingly serious. The smoggy weather is frequent, which greatly affects social development and people's lives. To control air pollution, we must gradually reduce the proportion of coal consumption and increase the supply of clean energy such as hydropower, nuclear power, wind power and solar energy. However, any kind of clean energy can't completely replace the reduction of coal. Therefore, it is necessary to develop and simultaneously exert various energy sources to make the development of clean and low-carbon energy become a reality. Of course, the development of nuclear power must be based on security. Otherwise, nuclear power will lose public support and lose the foundation for development.

The future of nuclear power

South Koreaâ€™s â€œCentral Daily Newsâ€ reporter asked that there were rumors that China had to build 100 nuclear power units. Zhang Huazhu responded that â€œthe future is not without such a possibility. There may be such a day, but in the future, Chinaâ€™s nuclear power will not be distributed only in the future. A large part of the coastal area will be built in the inland of China."

Japanese and South Korean journalists expressed concern about China's attitude towards the development of new clean energy and base-based fuels. After the nuclear accident, Japan turned to the development of hydrogen energy. Zhang Huazhu believes that hydrogen energy is not a primary energy source. It must rely on other energy sources to produce hydrogen. In this process, energy needs to be consumed, so hydrogen should not be regarded as a substitute for primary energy. At present, China, Japan and South Korea are conducting research on cheap hydrogen, but in any case there must be an energy source to support it. One way is to use nuclear energy to produce hydrogen.

As for the new type of cesium-based nuclear fuel power generation, Zhang Huazhu said that é’ is a resource to be developed, but there is still much need for research and development. The cockroach itself has no fissile nuclides, and it has to be absorbed into the reactor to become fissionable é’-233. Therefore, the uranium is completely removed, and helium cannot be used alone as a nuclear fuel. It cannot completely replace the use of uranium. Moreover, in the process of using cockroaches, it is still necessary to scientifically solve the problem of radioactivity reasonably.

For a roadside emergency case with your car, bicycle or motorcycle tyre, a powerful NEWO Smart Tyre Inflator saves you from the real trouble especially when you are in the middle of nowhere with no mechanic shop in sight. Newo`s tyre pump ensures that the tyre of your car and bicycle stays inflated and in shape.

How does the NEWO tyre inflator work?

The tyre pump has been designed simply to operate and user-friendly. It has a clear visible digital screen with 4-5 different set up modes to be used for each different applications such as cars, bicycles, motorcycles and balls including the user-defined mode. To make a simple press to turn on and another press to start inflating until it cuts off automatically. You`ll never need to worry about the risks in over inflated tires with NEWO`s Tyre Inflator.

Size: The whole design of all NEWO`s tyre inflators are definitely the best example to explain"Good things come in small packages"! They are very compact and portable to carry easily outside and occupy only a tiny space in your car.

Efficiency: The tyre inflators save you a lot of time when you come across the tyre air-leakage issue and being stranded for hours on the remote roadside. They are your best companion. Especially, the air flow of the tyre pumps are perfectly good for the efficient tyre inflation and with enough pressure.

Battery: Newo`s tyre inflator comes with the powerful battery which supports 30minutes active working and ensure charging safety with the battery charging protection board.. For the Car Tyre Pump model AP3 can be supplied power electricity by connecting your car cigarette lighter.

There are endless reasons to become a distributor partner with NEWO for the reselling of these extraordinary innovative and modern portable electric tyre inflators.