1, the operator is not skilled enough, poor practical experience, improper operation, should be used under the guidance of a person familiar with the operation of the hardness tester;

Second, the impact of the tested parts:

1. Different surface finishes show different effects when tested on Rockwell hardness. The lower the surface finish, the higher the hardness of the high hardness test, whereas the lower the hardness, the rougher surface with the marks, the quickest cooling at the time of quenching, or the very hard surface, the hardness value is high. Conversely, when the tempered parts are tempered at high temperatures, the surface layer with knife marks changes first, the resistance to tempering is small, and the hardness value is low. When testing parts with a surface finish of Î”7 or less, they must be ground with a waste wheel, then honed with a guillotine, or polished with a thin hand wheel and wiped clean.

2, the surface of the heat treatment parts have salt, sand and other objects, when the load is added, the parts will produce slip, if there is greasy existence, when the diamond head presses into the lubrication, reduce the friction, increase the pressure depth. Both of these reasons make the tested hardness value low. The hardness value of the thin layer of loose skin and loose skin of the parts tested was reduced, and the hardness value of the dense layer of oxide scale was increased. The parts to be tested for hardness must be descaled, rubbed clean and free of dirt.

3, the slope (or taper), spherical and cylindrical parts of the hardness test error than the plane. When the indenter is pressed into the surface of such a part, the resistance around the indentation is smaller than the plane, and there is even a phenomenon of deviation and slip. The pressure depth increases and the hardness decreases. The smaller the radius of curvature, the greater the slope, the more significant reduction in the hardness value. Diamond indenters are also easily damaged. For such parts, a special workbench is designed so that the worktable and the indenter are concentric.

1. If the diamond indenter does not meet the technical requirements or wear out after a certain period of time, if the operator can not judge the quality of the diamond, it can be tested by a measurement test institution.

2. Main load: Leverage ratio is incorrect, the weight of the suspender and the weight has errors, and the main shaft, lever and weight are skewed, which will cause the main load to produce errors. Leverage ratio is incorrect and should be adjusted. The wear of the blade should be repaired or replaced, and the spindle deformation should be straightened. Spindle, lever and weight deflection should be positive. The tolerance for main load of various scales is less than Â±0.5%.

6. The surface of a test part of a part is in poor contact with the worktable, or the support point is not stable, and slipping, rolling, and tilting will occur. This not only results in inaccurate results, but also damages the instrument. A suitable table should be designed according to the geometry of the part.

Seven, the impact of the surrounding environment. The hardness tester used in factory production is often affected by the vibration of the surrounding environment, causing the instrument structure to loosen and the indication value to be unstable. The hardness tester should be installed without vibration or away from the source.

Eight, the hardness value is not accurate: There are two conditions leading to inaccurate test hardness, if the indenter used is a diamond indenter, first use the surface of the nail and gently rub the top of the indenter, observe the nails are not out Deep traces, deep traces indicate that the indenter has been damaged, and vice versa. The second case is that the fine adjustment of the instrument is not adjusted properly. Open the top of the hardness tester, loosen the two screws of the thimble part with a flat-head screwdriver, and then adjust the trimming iron forward to increase the hardness value, and vice versa.

Non-Stick Silicone Tongs with a smooth lock - perfect for both non-stick cookware, the BBQ grill, or as salad tongs or serving tongs Stain and odor resistant, with hygienic silicone scalloped heads molded onto steel heads ensuring they do not come apart or allow bacteria to grow

BONUS SILICONE MITT - Non-slip, strong grip, high heat protection. Strong, Flexible & Durable - They'll last a 1000s of uses. FDA Approved food-grade non-stick silicone. Easy to clean by hand with soap and water or dishwashers top rack. Heat Resistance up to 480Â° F. Raised nubs within the "mouth" keep the heat away from your hand and provide a sure grip, so you don't slip and drop scalding food. 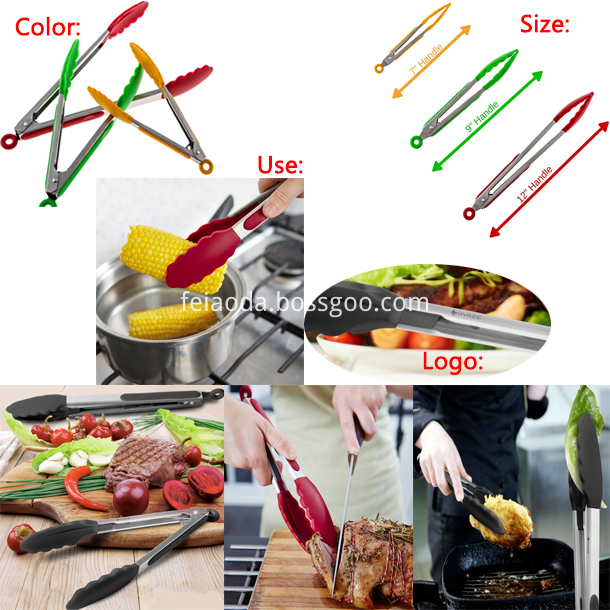